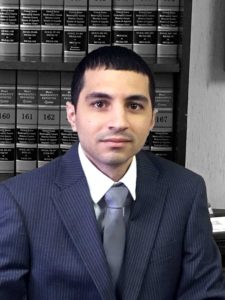 Mr. Khalil graduated from Kean University in Union, NJ with honors before receiving his J.D. from Drexel University – School of Law in Philadelphia, where he was selected to be a member of the law school’s appellate litigation clinic. In that capacity, he successfully argued cases before the United States Court of Appeals for the Third Circuit. Mr. Khalil’s practice is dedicated to consumer bankruptcy, mortgage modifications and real estate law (he previously worked as a licensed New Jersey Realtor). He works primarily in the Freehold and Woodbridge offices.

Mr. Khalil joined the firm as a legal assistant in June 2014, working part time while completing law school, assisting in all aspects of the bankruptcy practice. Since becoming a full time associate, he has developed a specialty in chapter 13 reorganization plans and facilitating mortgage modifications.