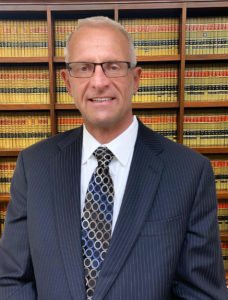 New Jersey bankruptcy lawyer, Bruce C. Truesdale graduated from Rider College with a Bachelor of Science Degree in Commerce. Thereafter, Bruce studied business at the graduate level before enrolling in the Rutgers School of Law where he earned a Juris Doctor degree in 1989. Following his graduation from law school, Bruce served as Law Clerk to the Honorable Edmund R. Bernhard of the New Jersey Superior Court. After serving his clerkship with Judge Bernhard, Bruce entered private practice where he remains today.

Bruce C. Truesdale served two terms on the Lawyer’s Advisory Committee as a member of the Chapter 13 Sub-Committee. The Lawyers Advisory Committee for the District of New Jersey is constituted for the purpose of providing the Board of Judges with counsel regarding the practice of law before the United States Bankruptcy Court. It is also charged with regularly soliciting the bar for commentary regarding bankruptcy practice and providing those comments to the Board of Judges for Consideration.

Recently, Mr. Truesdale was asked to testify before the New Jersey Law Revision Commission which is considering legislation to allow “For Profit” Debt Settlement Companies to operate in New Jersey.